"One Day Camp", a welcome event for new students

One Day Camp is a day-long event where new students and current students can meet and form new friendships. The event was organised by TEAM One Day Camp and was attended by around 70 students and staff.

The event took place across campus, with participants playing competitive games in groups, competing in a group fashion show, and dancing in a circle.

From the members of TEAM One Day Camp

This event was not only for GAC students, but also for students from general courses. It was a big day-long event and started with the participants being divided into groups and coming up with a name for their group. After playing a number of station games ('treasure hunt' games to get clues), one group managed to find the crystal ball of the treasure. In the fashion show, all the groups created attractive outfits and the audience was excited as the models paraded in their costumes. This was followed by a dance and an awards ceremony. By the end of the One Day Camp, the initial nervousness had dissipated and the room was filled with a congenial atmosphere. It was great to see the participants clearly smiling beneath their masks, and to see how hard they were working on the games. It was an outcome only possible because of this event. I am also very grateful to all those who took part and to all the teachers and staff who looked after us. 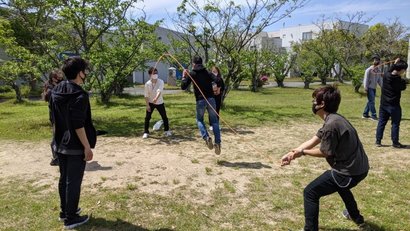 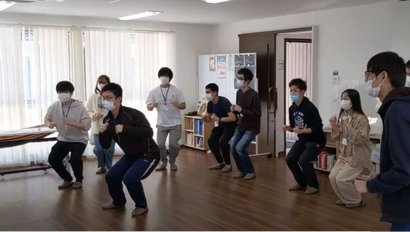 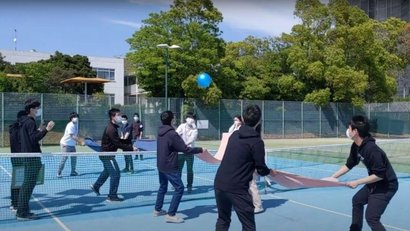 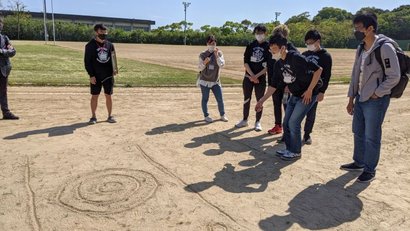 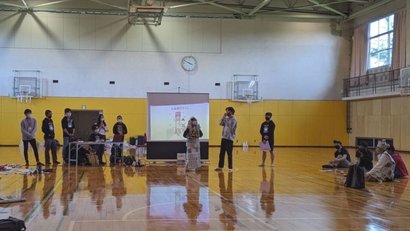 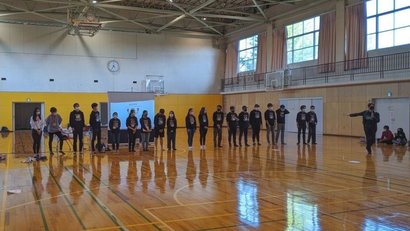 Back to news index top